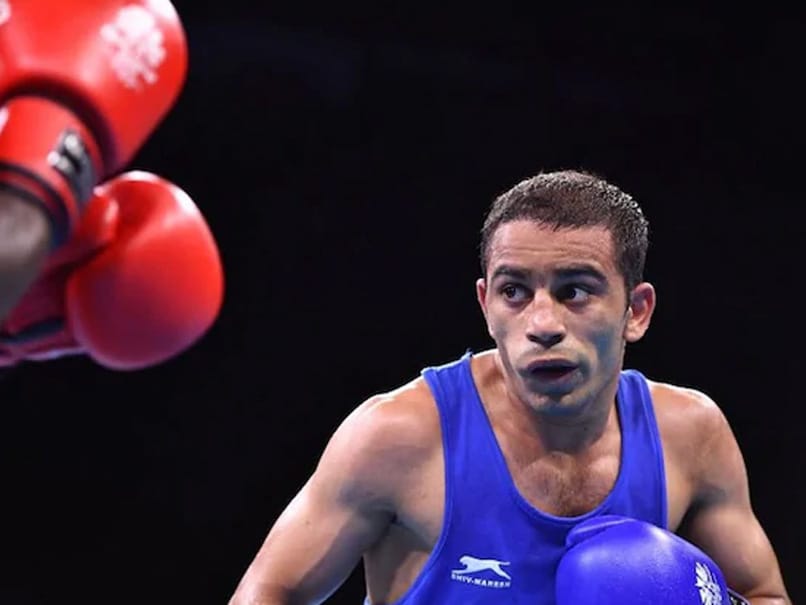 India’s Amit Panghal ((Amit Panghal)) has lost in the final of the 52 kg weight category of the World Boxing Championship being played in Russia. In the final, Amit Panghal lost 5-0 to Uzbekistan’s Shakhobidin (Amit Panghal vs Shakhobidin Zoirov) Zoirov in a one-sided match. But despite the defeat, Panghal created history and he became the first boxer to win a silver medal in the history of Indian boxing. Apart from this, this is the first time that India has finished with one silver and one bronze medal in the World Championships. Apart from Amit, Manish Kaushik won the bronze medal.

The form that Amit was in was expected to give India its first gold in this tournament, but Zoyrev defeated Amit with his best game. Amit, however, did not lag behind. He faced the player of Uzbekistan fiercely. He started the way he usually does. Being defensive, he was trying to understand his opponent. This is how he pulled out the opening minutes. Zoirav was also waiting for Amit’s mistake. Both of them also hit some punches. Amit’s punch did not hit the right place while Zoirev made good use of the right jab to deliver some accurate punches.

A historic outing for ????????as the #AIBAWorldBoxingChampionships The campaign comes to an end with a Silver and a Bronze Medal. First time ever, India will come home with two medals and a Silver for the first time won by #AmitPanghal,

In the second round, both the players became aggressive. Amit was in a bit of a hurry, which was taken advantage of by Zoirev. The player of Uzbekistan walked the distance from Amit and took points by countering the opportunity. Amit made a precise punch with the left jab at the end of the round. In the third round, both the players became more aggressive. During this round, both of them also got into each other in an attempt to punch, on which the referee warned them.

India wins its first SILVER medal at the #AIBAWorldBoxingChampionships@boxerpanghal bagged a silver medal in his final bout against Olympic Champion, Zoirov Shakhobidin of ????????

Never Mind, Champ! This is the beginning of a new journey #MissionOlympics#PunchMeinHaiDumpic.twitter.com/TVVfbwaZKb

Zoyrev was in a hurry towards the end of the round, but the good thing for him was that he was able to hit Amit in the right place. Amit also showed alertness in the last minutes and punched the defense while strengthening the defense, although it was not the case for the Asian champion. That was not enough for him and he missed out on the gold.

Earlier on Friday, Amit Panghal, while creating history, entered the final of the 52 kg category of the competition on Friday. He defeated Kazakhstan’s Saken Bibosinov (Shakhobidin Zoirov) 3-2. With this victory, Amit ensured to win either a silver or a gold medal in this prestigious championship.

Mary Kom got up midway from the award committee meeting

Amit was the first Indian male boxer to reach the finals of the World Championship. Before Amit, four Indian male boxers have won bronze in the world championship, but now they have created history by winning silver medal and raising India’s level in the world of boxing. Before him, Vijender Singh had achieved this feat in 2009, while Vikas Krishnan had reached the semi-finals in 2011 and Shiva Thapa in 2015. Apart from this, Gaurav Vidhuri had won bronze by reaching the semi-finals in 2017 but he could not change the color of the Indian medal.

Our #TOPSAthlete#ManishKaushik secured bronze in 63 kg after a battling display against top seed Andy Cruz Gómez at the Men’s World #boxing C’ships.