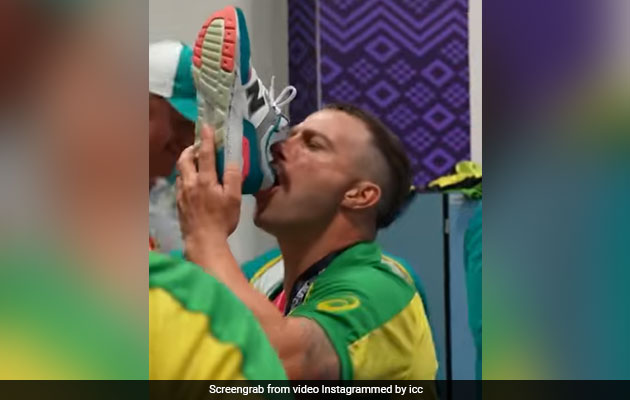 The world has got the new king of T20. The name of this team is Australia. This team only knows how to win the World Cup. Team Australia created history in the fine match held on Sunday. Australia won the world title for the first time in this format by defeating New Zealand by 8 wickets in the final of the T20 World Cup played in Dubai. In this first Australia ODI World Cup, it has done many times. This victory is very big for Australia because cricket pundits were not ready to accept him as a contender for victory. Well, Australia won the match in their own style and told that the lion is back. After winning the match, all the players of Team Australia were immersed in celebration throughout the night.

It can be seen in the video that all the players of Team Australia are enjoying their victory. Many players, including David Warner, are drinking beer by putting beer in their shoes. This video has been shared by ICC on Instagram. This video is going viral very fast on social media. People are also making many comments on this video.

Never turn off the music!#T20WorldCuppic.twitter.com/7KDiYY3qn9

This is a historic moment for Team Australia. In such a situation, he is enjoying his moment with friends.