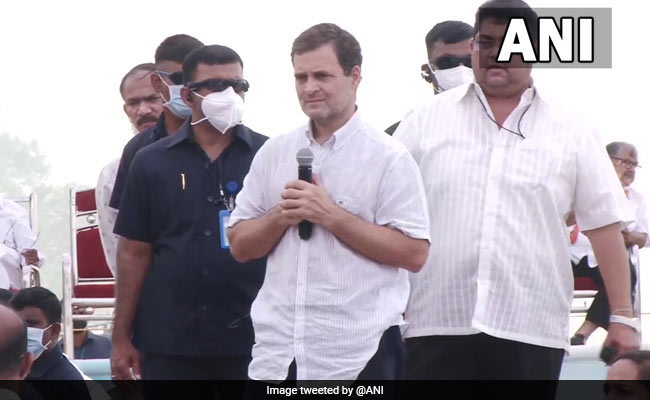 Rahul Gandhi has tweeted in support of Virat Kohli who is being criticized.

Team India’s poor performance in the T20 World Cup has hurt Indian cricket lovers. The Indian team has lost both its opening matches against Pakistan and New Zealand and its chances of reaching the semi-finals are very low. Due to this poor performance of Indian team Captain Virat Kohli (Virat kohli) and other players of the team are facing online trolling. Captain Virat Kohli’s daughter has received online threats after the team’s poor performance. In the midst of such behavior against the sportsmanship of some people, Congress leader Rahul Gandhi has openly come in support of Virat Kohli. He expressed his support for Virat by writing a tweet. Rahul wrote in his tweet, ‘Dear Virat, these people are full of hatred because no one loves them, forgive them.’

These people are filled with hate because nobody gives them any love. Forgive them.

It is true that the Indian team could not perform as expected in the T20 World Cup. He lost badly in both the matches. While Pakistan lost him by 10 wickets, the Kiwi team defeated him by 8 wickets. There is a lot of displeasure among sportspersons about the way the team surrendered in front of the opposition teams without any struggle. Despite this, the kind of words used by some people against online players cannot be accepted. After the defeat against Pakistan, fast bowler Mohammed Shami, who gave India many victories, was trolled on the basis of religion. Other players including Virat also could not escape from this kind of sparring.

‘No excuses, played poorly and lost’: India will have to be careful with Afghanistan in T20 World Cup