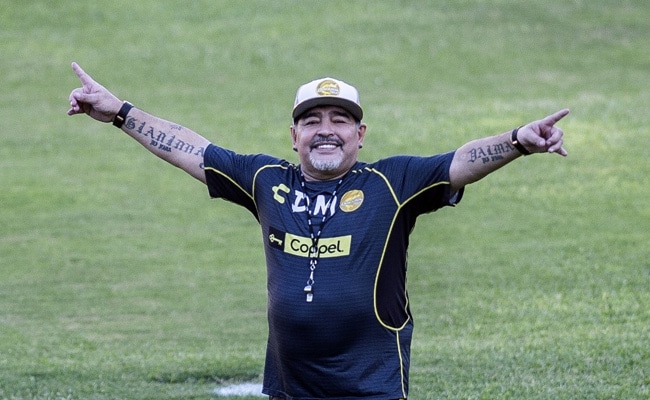 Diego Maradona is one of the greatest players in football history

Very big and sad news is coming from the world of sports. Legendary footballer Diego Maradona has died of a heart attack. He underwent brain surgery earlier this month. Blood clots were found in his brain. It was then said that he had been treated for alcohol addiction. Considered one of the greatest players of the game, Maradona played a key role in Argentina’s victory in the 1986 World Cup and this title victory made him popular among children and children around the world. The Argentine Football Association said in a statement that the news of the death of our legend player is the biggest sadness. You will always be in our heart.

One of the all-time greats.

In his club career, Marodna played for Barcelona and Napoli and led his club to two Serie A titles, while Maradona scored 34 goals in 91 appearances for Argentina and represented the country in four World Cups and many such performances and all-time bests. Scored goals, whose example will always be given to the coming generation. There were many such goals, seeing which the whole world pressed their fingers under their teeth. Maradona also led Argentina to the World Cup final in 1990, where his country suffered a defeat at the hands of West Germany, then again in 1994 to captain Argentina in the United States, but failed a drug test. After that he had to return home.

“To see the ball, to run after it, makes me the happiest man in the world.” pic.twitter.com/SiVY7gcmSa

In the second half of his career, Maradona struggled with cocaine addiction, and in 1991, Maradona was banned for 15 years after he was found guilty of using it. Marodna said goodbye to professional football in 1997 at the age of 37. In the year 2008, this veteran player was appointed as the head coach of the national team. Marodna stepped down after the 2010 World Cup, when Argentina lost to Germany in the quarterfinals. After this Marodona was the coach of the United Arab Emirates and Mexico team.

VIDEO: A few days ago, Leander Paes had a special talk with NDTV.