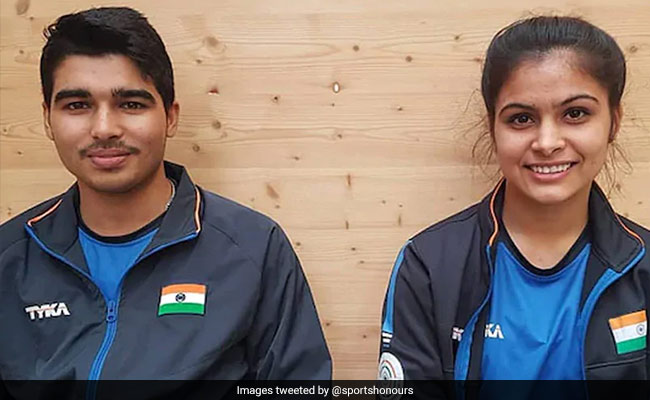 Shooting or shooting is a sport that has been giving India a lot of success at the international level. In the Commonwealth Games and Asian Games, Indian shooters have struck many times with their accurate marks. In the Olympics too, Abhinav Bindra has won the only gold medal for India in the individual event so far in shooting. Apart from him, Rajyavardhan Rathore has also won silver medal for India in Olympic Games. This series of superiority of Indian shooters continued in the year 2019 as well. This year, Indian shooters dominated the international event in such a way that on some occasions even the world class event looked like a domestic tournament. The best part is that many young shooters have emerged from India. It is expected that the shooters will present some melds to the country in the Olympic Games to be held in Tokyo this year. Manu Bhaker in the women’s category and ellavenil valarivan And Saurabh Chaudhary is considered very talented in the male category.

In the year 2019, India won a total of 21 gold, six silver and three bronze medals in the Rifle-Pistol World Cup and Finals. India has so far secured 15 Olympic quotas in shooting, which is a record and from which the superiority of Indian shooters in this sport of the country can be gauged. Talking about Olympic Games, the best performance of Indian shooters so far has been in London Olympics-2012 when India won two medals. This year’s performance by Indian shooters is expected to further improve this performance in the Tokyo Olympics.

After the disappointing performance of Rio, the National Rifle Association of India (NRAI) took some tough decisions. This also includes not entering into any financial agreement before the Olympic Games. This was done to avoid distracting the shooters. This decision may have gone unnoticed by some shooters, but if the Indian shooters have performed consistently after Rio, then the credit goes to an extent also to the NRAI, which took the corrective measures of the Abhinav Bindra-led committee seriously. NRAI well organized the junior program with the help of experienced shooters like Jaspal Rana and Samresh Jung. Due to this the country got shooters like Manu Bhaker, Saurabh Chaudhary, Divyansh Singh Panwar and Elavenil Valarivan. India topped the medal tally of all World Cups this year, thanks to the stellar performance of these juniors and top players like Sanjeev Rajput and Tejaswini Sawant.

India continued to dominate the women’s ten metres. Apurvi Chandela, Anjum Moudgil and Elavenil Valarivan were ranked first, second and third respectively at the end of the year. Sanjeev Rajput took a long jump. He secured a silver and Olympic quota in the men’s 50m rifle 3 position at the Rio World Cup, jumping 75 places to finish eighth. India won five gold medals at the Rio World Cup in September while three gold medals at the World Cup finals in Putian (China) show that the sport is moving in the right direction. The shooters are expected to continue their stellar form in Tokyo but before that they will get a chance to win medals in some other competitions to boost their morale. One of these is the International Shooting Sports Federation (ISSF) World Cup which will be played in New Delhi in February. For Indian shooters, this is a way to test their ability before the Tokyo Olympics. When Indian shooters were showing their flair on the range, India also strongly opposed the decision of the Commonwealth Games Federation (CGF) to remove shooting from the 2022 Birmingham Commonwealth Games. Despite pressure from India and ISSF, the CGF has not changed its decision.