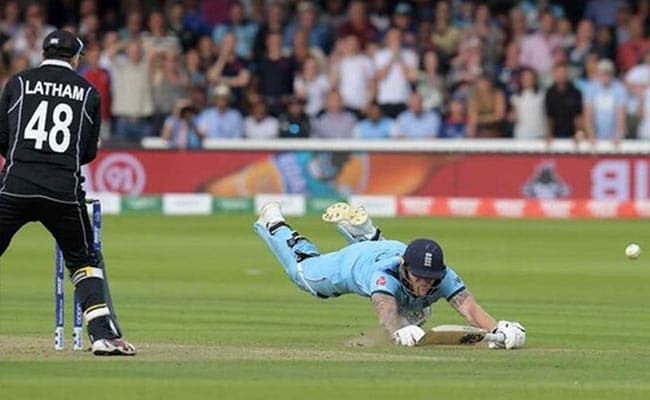 1. World Cup final ‘entangled’ in boundary count rule
In the Cricket World Cup 2019, England definitely got the distinction of becoming a champion on their ground, but their victory could not survive the controversies. In the World Cup 2019 Final, there was a match between England and New Zealand. England was declared champion on the basis of Boundary Count Rule after the match was tied in the prescribed overs and Super Over as well. After the tournament, everyone’s condolences were with the runner-up New Zealand team. England also got ‘help’ from the umpire during the match. During the last over of the match, when England’s batsmen were running for two runs, the fielder’s throw went outside the boundary after colliding with England’s Ben Stokes. As a result, England were given six runs (two runs scored by running and four runs for overthrow). Later, these six runs proved to be decisive and with the help of these England was able to tie the match in the prescribed 50 overs. Experts felt that the umpires should have given England five runs instead of six as the two batsmen did not cross each other while running for the second run. Even after England’s title win, the boundary count rule remained a topic of discussion for a long time. However, now the ICC, the apex body of cricket, has recently decided to remove the boundary count rule from the finals of all major tournaments. Super overs will be played till the winner is decided. 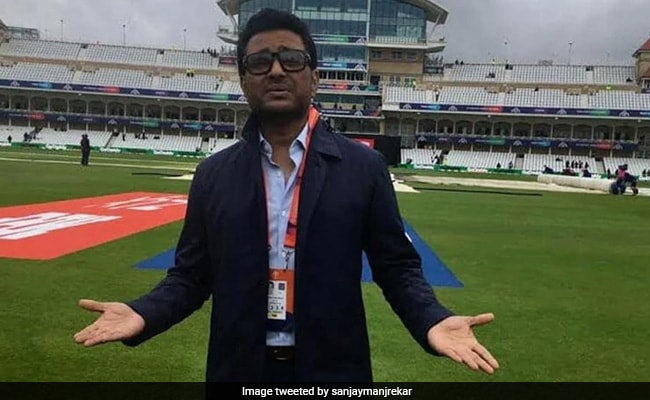 Living in controversies is becoming a habit of former Team India cricketer Sanjay Manjrekar. Sanjay is currently in the role of commentator. During the World Cup 2019, a tweet by Manjrekar went so much to Team India’s all-rounder Ravindra Jadeja that he exhorted the former cricketer to stay within limits and learn to respect the players. The controversy started when Manjrekar said that he would prefer specialist batsmen and bowlers over irregular batsmen and bowlers in the Indian team. Before the match against Bangladesh in World Cup-2019, Manjrekar had said that he will give place to Kuldeep Yadav and Yuzvendra Chahal in the next match even after the poor performance against England. Manjrekar said this in response to a question in which he was asked whether Ravindra Jadeja should be included in the team after the poor performance of Chahal and Kuldeep?

Still i have played twice the number of matches you have played and im still playing. Learn to respect ppl who have achieved.i have heard enough of your verbal diarrhoea.@sanjaymanjrekar

However, Manjrekar heaped praise on Sir Jadeja after his impressive performance with the bat in the semi-final against New Zealand. However, by then he had faced the empty displeasure of the cricket lovers.

Goodbye 2019: Virat Kohli and Mohammed Shami set to become the kings of ODIs in 2019!

3. Then the ‘Genie of Fixing’ out of the bottle
The news of spot-fixing in the Karnataka Premier League has once again exposed the corruption in the game of cricket. The fixing genie again came out of the bottle. The important thing is that a fast bowler who has played for Team India is also under investigation in this matter. This fast bowler was also summoned for questioning. The Crime Branch team has so far arrested some people including some players and the owner of the franchise in this case. 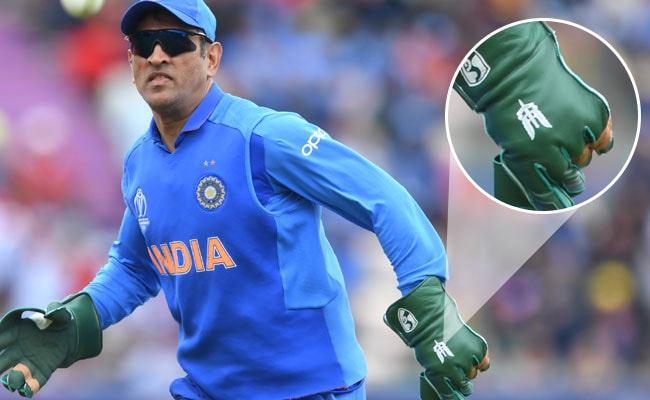 During the World Cup 2019, the gloves worn by wicketkeeper Mahendra Singh Dhoni (MS Dhoni) against South Africa in Team India’s first match against South Africa, had the army’s sacrifice badge on them. Controversy started as soon as he landed on the field with this beige glove. Cricket’s apex body ICC has appealed to the Board of Control for Cricket in India (BCCI) to ask Dhoni to remove the logo from the gloves. The apex body of cricket said that according to the rules, things with any other symbol cannot be worn on the field. The opinion of the players was different in this matter. While wrestler Yogeshwar Dutt, Sushil Kumar and former athlete Milkha Singh came out in support of Dhoni, who holds the honorary title of Lieutenant Colonel in the Territorial Army, former footballer Baichung Bhutia said that whatever the rules are for the player while on the field. , they should be followed. However, in the later matches of the tournament, Dhoni entered the field wearing normal gloves and the controversy ended.

5. The hooting of Steve Smith and David Warner in the Ashes.. 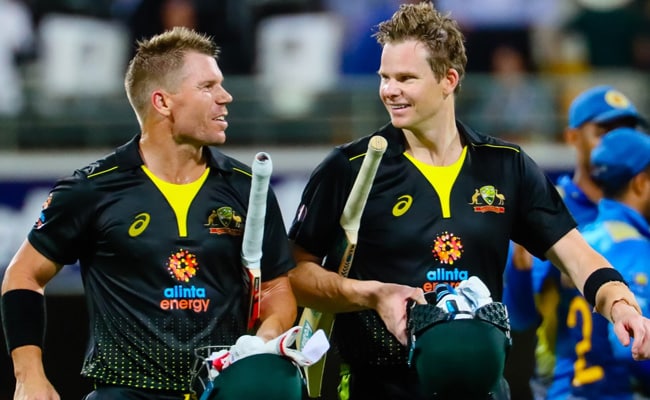 Steve Smith and David Warner returned to the Australian team just before the World Cup after serving a one-year ban for ball-tampering. Fans hooted both of them fiercely against India in the tournament, in such a situation, Team India’s captain Virat Kohli showed sportsmanship and people appealed to encourage these cricketers instead of hooting. In the Ashes series held after the World Cup, both these kangaroo batsmen were on the target of the fans of England. He used to reach the stadium with ‘sand paper’ and used to keep sparring on these two batsmen the whole time. It is a different matter that this hooting inspired Smith to perform even better. Steve paved the way for Australia’s series win by batting brilliantly throughout the series.

6. WADA’s Tough Stance Against Russia for Doping
Another big news came out at the end of the year. The World Anti-Doping Agency (WADA) has banned sports power Russia for four years. Due to this ban, Russia will not be able to participate in the 2020 Olympics in Tokyo and the Football World Cup to be held in Qatar in 2022. This tough action against Russia has sent a message that WADA is no longer in the mood to slack off on doping. WADA said – Russia was accused of sending wrong samples of athletes for dope test, which was found to be correct after investigation, it was found correct that Russia tampered with the samples. According to WADA rules, Russian athletes who are not accused of doping will be able to participate in international events as neutral players.

7. American women’s football team sues its federation
The US Women’s Football Team also became the center of discussion in the year 2019 for a different reason. 28 members of the American women’s football team accused their national football federation of gender inequality and filed a complaint in court. These women players allege that in terms of salary and facilities, they are treated with a second standard as compared to the male players. This is not the first time that the women’s team has leveled such allegations against the USSF. In 2016, five women players had also filed allegations with the Equal Employment Opportunity Committee (EEOC) of disparity in pay, which allowed the players to take action against the federation. In July, the American women’s team also showed its strength by becoming the World Cup champion. 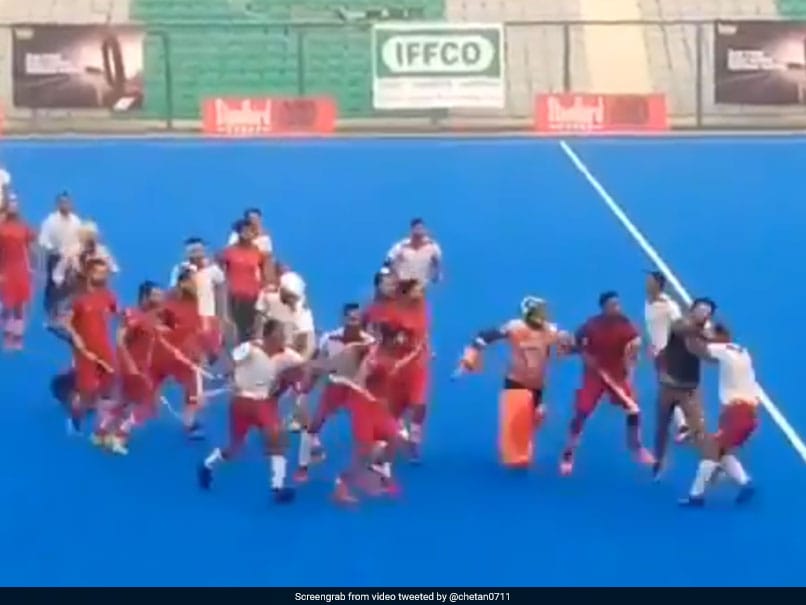 During the final of the Nehru Hockey Tournament in the capital of the country, Delhi, there was a fierce fight between the players. The players started playing hockey on each other instead of the ball. The final match was being played between Punjab Police and Punjab National Bank (PNB). The feud started when both the teams were tied at 3-3 and the ball was with PNB in ​​Punjab Police’s circle. Players punched each other on the turf and beat them with hockey sticks. Both the teams were banned for showing such indiscipline on the field of play. By the way, this match full of action was won by PNB (Punjab Police vs PNB) 6-3.

9. Tennis’s New ‘Bed Boy’ Nick Kyrgios
At one time, John McEnroe of America was called the bed boy of tennis for his behavior on the court. It seems that Nick Kyrgios of Australia has decided to leave him behind. Kyrgios was fined $113,000 for showing aggression on the court during the Cincinnati Masters. The ATP said that the hefty fines included leaving the court without permission during a loss to Karen Khachanov of Russia, behaving contrary to the spirit of the game and using abusive language against the chair umpire in which he spat on the official. Looked. Kyrgios has often been the cause of controversies due to his angry nature. During the Italian Open tennis tournament in May this year, while playing against Kaspar Raud of Norway, he had slammed a racket on the ground and hit a water bottle kept nearby. Not only this, he had also thrown away the chair kept nearby. 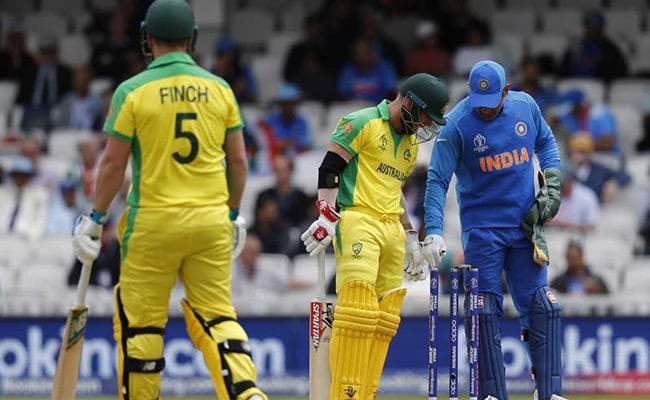 During the World Cup 2019, ‘Zing bails’ remained in the discussion. There were about half a dozen such occasions during the tournament when the bowlers’ ball hit the stumps but due to the bails not falling, the batsman got a lifeline. Some funny tweets were also made about this behavior of the bells not falling. Some times it happened when even after hitting the ball, the LED light on the bails did not light up. Earlier, this has happened during IPL 2019 as well. In this too, the bells did not fall on many occasions. Due to this behavior of Bales favoring the batsmen, the apex cricket body ICC also faced criticism from cricket lovers and critics. There was also a demand to remove the fraudulent bails, but the ICC refused to do so in the middle of the tournament.