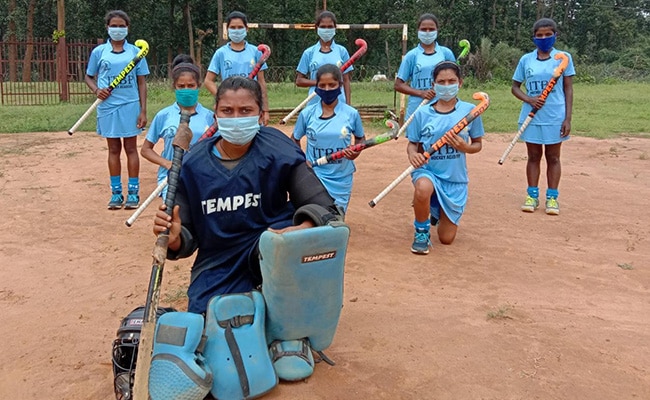 Girls of Chhattisgarh full of enthusiasm, learning the tricks of hockey

Men’s hockey may be dominated by Punjab, but in India’s national women’s hockey team, girls from Naxal-affected areas of Chhattisgarh state may soon be seen showing stamina. After the training of ITBP, nine girls of the state have been selected in the National Hockey Training Camp. The girls have requested Union Sports Minister Kiren Rijiju for help in providing better resources and better practice grounds.

When ITBP took the initiative to train these girls in Chhattisgarh’s Kondagaon in 2016, they did not even know how to hold a hockey stick. Nor did he know how to play wearing shoes. But till now ITBP has trained more than 50 tribal girls in the age group of 8 to 17 years in hockey.

The continuous hard work of the 41st Battalion of the Indo-Tibetan Border Police (ITBP) deployed in the Naxal-affected area is paying off the sweat of the girls full of enthusiasm. 9 girls studying in Kanya Ashram of Mardapal in the district have been selected for the National Sub Junior and Junior Hockey Selection Camp to be organized soon, which is like a dream come true for them.

ITBP started giving hockey training to these girls 4 years ago. These girls in the age group of 14 to 17 years have now been recognized by Hockey India and assessing their talent, they have also been issued permanent identity cards. The names of these girls are Sevanti Poyam, Tanisha Nag, Sukmati Mandavi, Sukri Mandavi, Sumani Kashyap, Sulochana Netam, Savitri Netam, Sanjini Sodi and Dhaneswari Korram. They are from the inaccessible rural areas within 35 km from the main roads settled in the major Naxal-affected areas and their homes are in the remote forests. These girls have been trained by head constable Surya Smit, coach of ITBP, by making ground on less resources and helipad.