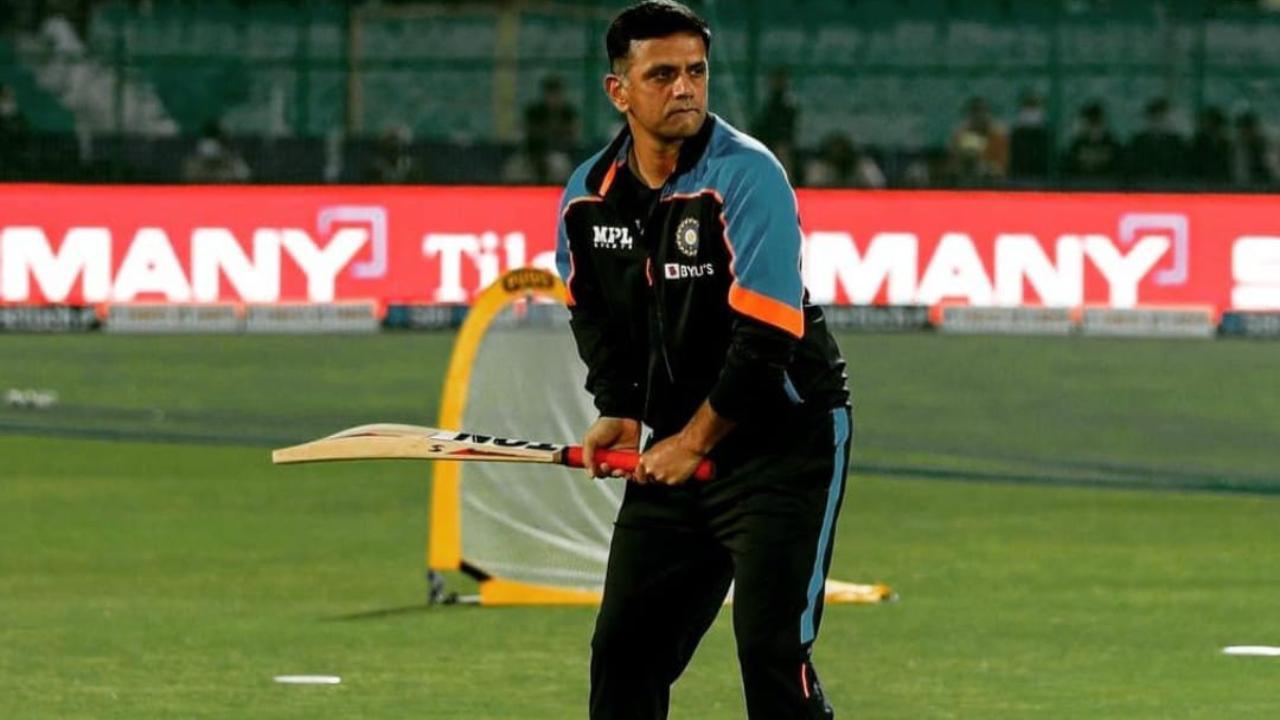 head coach Rahul Dravid has called for patience as the Indian team goes through a rebuilding phase for the next cycle of the T20 World Cup and the youngsters in the team are getting some experience.

Dravid believes inexperience was one of the main reasons behind India’s 16-run defeat to Sri Lanka in the second T20 International here. The former India captain pointed out that the visitors had a very good playing XI but the hosts fielded a completely different team than the one that played the T20 World Cup less than two months ago.

“They (the youngsters in the team) are very skilled but as they are learning, it is a tough (job). Learning in international cricket is not easy and you have to learn on the job. So, we have,” Dravid said on Thursday. “To have a little patience with these guys,” he said at the post-match press conference.

Dravid said the team was in a rebuilding phase, adding that “the next cycle of T20s (World Cups)” had begun. He added that the youngsters will be handled with patience and will continue to get support from the team management, hinting that this could be the end of the road for the likes of Virat Kohli, Rohit Sharma and KL Rahul.

“For us, it was a slightly different scenario (in the T20I series against Sri Lanka) in the sense that the last game we played against England in the semi-finals of the World Cup, we probably had only 3-4 boys. Playing XI (Now).

ALSO READ: We are now well stocked in the department of spin all-rounders: Rahul Dravid

“So, we (are) at a slightly different stage of looking at the next cycle of the T20 (World Cup). So, a slightly younger team.”

With the focus on the 50-over World Cup in India, Dravid feels it is the right time to give maximum opportunities to youngsters in T20s.

The good thing is that this year we have the (50-over) World Cup. Gives us a chance to try out a lot of young players.”

“Hopefully give them a chance and back them. I think we have to be patient with a lot of young kids like that. If you look at this team, there are a lot of youngsters playing, especially our bowling attack,” he added. “

“We all need to be patient with them and we need to understand that games like this can happen.”

With openers Ishan Kishan and Gill and Tripathi – playing their first matches – not firing, Dravid defended them, saying they had only played a few games, and insisted that there was no trimming and preparation for the Rajkot game. There will be no change.

“I haven’t thought about the third match yet. Once we go there, we’ll see the wickets. But I don’t expect too many experiments,” he said.

“The boys we are already playing (with) are very young. The opening pair of Ishan and Shubman have played only two matches, so we are not cutting (any) guys too much, unless That definitely has some injuries,” Dravid said.

The coach said improvement will happen only if the youngsters get enough opportunities against foreign teams.

“Definitely, they are improving… We are trying to help and support them technically in whatever way we can in terms of support and for them to be able to get the best out of their skills. Creating the right environment as well.”

They are small children, such will be the game: Dravid defends Arshdeep
,
Arshdeep Singh, who returned to the team after missing the opener, looked poor as he bowled five no balls and conceded 37 runs in his two overs.

Mavi, on the other hand, bowled two wides and a no ball and gave away 53 runs in his four overs.

He said, ‘Nobody wants to bowl wide in any format, especially in T20 format of the game. They (extra balls and runs) can harm you.